This is the gorgeous map of Future Antarctica that got me started: 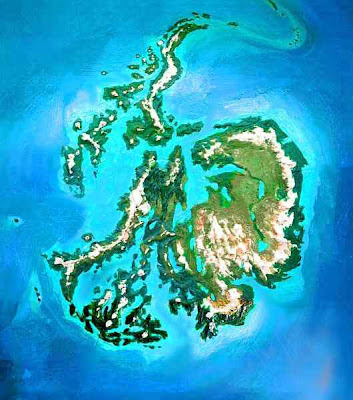 It was done by Chris Wayan in 2003, on a site called The World Dream Bank. It is a fascinating site, particularly the various Earth's that have been modified in some way. This particular image comes from a future called "Dubia", which is pretty funny.

Anyway, isn't that lovely? And doesn't it fairly scream for adventuring possibilities? That huge inland sea; the archipelagos; the mighty mountains running along the eastern coast? Awesome.

Posted by Matthew Slepin at 4:46 PM